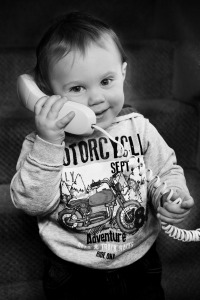 I’ve been using an iPhone 5 since August 2013. For the last year I’ve been reliant on a portable battery charger because the battery would die after just a few hours use – and Mr Pilgrim wanted to prolong the phone’s life for as long as possible!

I’ve been aware of some of the ethical issues with smart phones for a while (read this report from Ethical Consumer if you’re not aware) but that didn’t stop me from choosing to own an iPhone or iPad. It’s so easy to not think about an object’s past (or indeed its future) and only see the brand-new shiny commodity in front of us. It’s that dopamine hit!

Following further frustrations with the battery over Christmas, I purchased a new phone. I am now the proud owner of a FairPhone – an ethical smart phone. It’s modular, with a transparent supply chain and is made without the use of conflict minerals.

I thought it may be a sacrifice but actually so far I’m very impressed by its design, usability and functionality. (The camera isn’t as good as the iPhone’s though.)

Was it made in a sweatshop in Vietnam?

‘An in-depth investigation of Vietnamese Samsung production facilities peels back the shrink-wrap of Big Tech to reveal an extremely vulnerable, mostly female workforce that may be sacrificing its neurologic and reproductive health in digitized Dickensian workshops to make cutting-edge smartphones.’ From: https://www.thenation.com/article/was-your-smartphone-built-in-a-sweatshop/

‘Factory workers spend, on average, 8 to 12 hours a day on their feet, and often rotate between night and day shifts—resulting in persistent joint pain and fatigue. According to women’s testimonies, employees frequently succumb to nose bleeds, dizziness and stomach aches.’ From: http://msmagazine.com/blog/2017/12/08/exploited-endangered-female-factory-workers-vietnam-open-work-conditions/

This is a photo of ‘iPhone girl’ – a young woman working in an iPhone factory. Her photo was discovered on a new iPhone purchased in 2008 by Mark Mitchell, an IT manager from Hull. It’s likely that she was testing the camera and then the photos simply weren’t deleted. You can read more about her on the brilliant Follow the Things website.

Students at Exeter University are asked to keep the photo of ‘iPhone girl’ on their phone’s home screens for the duration of their four-month Material Culture module. Student Sophie Woolf wrote about her experience here:

‘In all honesty, I’ve become a bit obsessed during my university term with the idea of tracing commodities. I’ve been grabbed by it. Let me explain: it’s like wearing glasses that have gone foggy, but you’re unaware, and suddenly one day you wipe them. BAM. All these connections that you’d never stopped to think about are revealed.’

Let’s think about the connections.

What’s the journey and story behind each item that we purchase?

And what happens to these items when we no longer need them?

In the UK, FairPhones  can be bought (monthly bundles and contract) through the Phone Coop.

2 thoughts on “Hello! Is it me you’re looking for?”

This site uses Akismet to reduce spam. Learn how your comment data is processed.