Let’s start with the good: 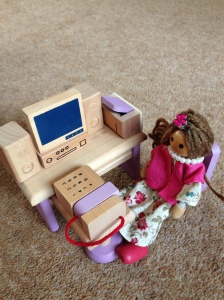 I picked up a whole carrier bag full of rubbish as we walked to church on Sunday.

The two bins in our local park have been padlocked because someone had previously threw the metal bin over the fence into a field where there are horses and donkeys. 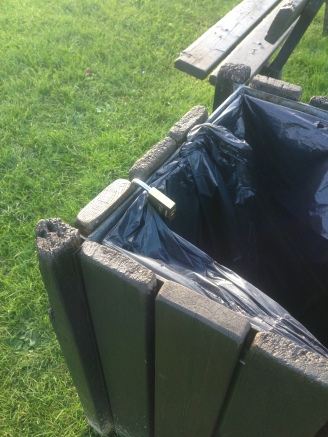 I love my local community and it saddens me to see litter on the grass verges and vandalism which could harm animals.

Strangers on the internet have been mean to me.

I posted a comment on a Marks and Spencer’s Facebook post which was advertising their Paddington Bear merchandise. I wrote that the Paddington films have an amazing message which is at odds with their adverts in UK newspapers which incite hatred towards immigrants (see Stop Funding Hate).

I naively wasn’t expecting anyone to read my words let alone comment. None of the negative comments were particularly bad (knowing how some people are trolled on social media) but I’m quite sensitive and I was surprised by some people’s reactions. I’m not used to people behaving like that towards me and I was hurt and angry. Normally, a Facebook notification on my phone is a positive thing as someone has ‘liked’ a photo I’ve shared but on Wednesday I dreaded seeing the red notification symbol and felt sick inside.

Some of their words are still going round my head. Am I a ‘snowflake’? Do I ‘have a life’? Yet, I don’t regret what I wrote and I’m going to post a letter to Marks and Spencer this weekend outlining my concerns about their advertising.

Ultimately though it’s not about me and what a handful of people think about me. It’s about taking a stand on behalf of people who are currently experiencing injustice.

6 thoughts on “The good, the bad and the ugly”

This site uses Akismet to reduce spam. Learn how your comment data is processed.